So what’s the difference between ping pong and table tennis?

This question has been asked many times for so many years. The name table tennis cannot be separated from ping pong because they are the same. Or are they not? 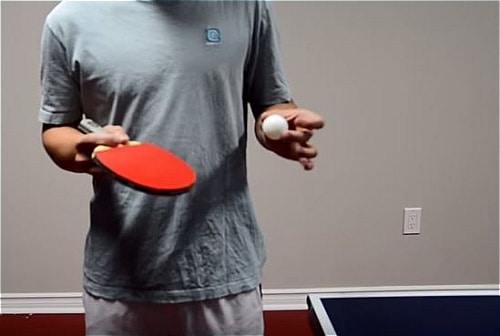 The term ping pong is a registered trademark name by sports manufacturers John Jaques and Son of England. Parker brothers of the USA bought the right from Jaques for use of the name only in the USA.

The name Ping Pong is an imitation of the sound that is made by the ball and the vellum bats that were used.

In September 1900 Hamley Brothers registered a table game call ping pong with trademark registration No.233177. They teamed up with John Jaques and Son to market their ping pong product which used celluloid balls.

Hamley brothers who happen to be the Parker Brother’s distributors at that time also registered the name ping pong with the US patent office trademark 36855.

With the introduction of the celluloid ball, the sport became very popular and the game was a huge success.

In the early 1900s, the sport lost its popularity and later resurfaces in the early to middle of 1920s.

Two different associations sprung up in England; one was the Table Tennis Association and the monopolized Jacques Ping Pong Association.

In the USA the same thing also happened between the Parker Brothers’ American ping pong association and US Table Tennis Association.

The parker brothers of the USA and Jacque and the sons of England were organizing tournaments in the USA and England respectively.

These manufacturers made it mandatory for the use of their own ping pong and table tennis equipment in tournaments and threaten to take legal actions against anyone who uses their trademark name of ping pong without specifying the use of their equipment.

There was the need for standardization and stabilization of table tennis, instead of subjecting the sport to the will of the manufacturers.

These led to the formation of both the English Table Tennis Association and the International Table Tennis Federation ITTF.

The term ping pong seized to be used in any official table tennis tournament and the name began to fade from the scene after the formation of the ITTF in 1926.

Other national table tennis associations began to emerge around the world and these associations also adopted the rules of ITTF.

The controversies surrounding the different name of ping pong and table tennis is the trademark issues but technically the names refer to the same sport.

Today the more serious players like to use the term table tennis while the recreational and fun players prefer to call it ping pong.